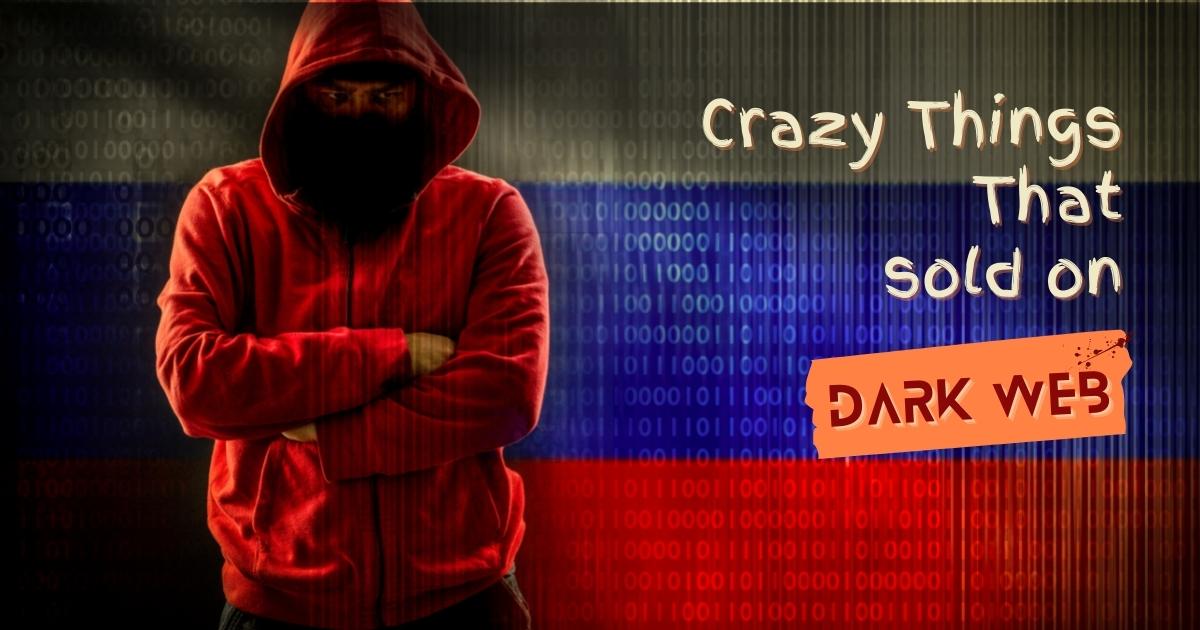 A collection of unique products and services are found on the dark web for sale. The Dark Web, also known as the Dark Net, is a substantial chunk of the internet that regular search engines cannot locate, similar to the massive bulk beneath the tip of an iceberg.

Originally designed by the government of the USA for the sharing of sensitive information, the darknet has evolved into an uncontrolled marketplace where anybody with the correct software and bitcoins can buy almost anything.

Please keep in mind that the Dark Web is, at its best, a legal grey area. You can surely imagine how dangerous it can be at its worst. No one would surely want to go to any of the websites where you can buy any of these things.

Particular Dark Web sites sell credit card numbers that have been stolen for a meager price. This is clearly criminal and illegal behavior.

They offer these credit cards in batches of 100, and the purpose they are sold in bulk is because a lot of them have already been canceled.

Owners might have found out about them and asked the authorities to cancel the credit card. However, many of them also work since many of them are being sold together as a bunch.

If 10$ is too significant an amount for you to pay on Netflix, you have nothing much to worry about as long as you have no whims about doing something illegal. You can buy many Netflix accounts on the dark web for something as low as 1$.

However, we would request you not to do so because you encourage criminal activity by purchasing something from the owners of websites on the dark web. After all, every Netflix account they sell is stolen.

You may even buy a fake passport, and websites claim to provide identity documents from almost every country. If you want to obtain an American passport, you should expect to pay thousands of dollars.

This applies not only to American passports but also to passports from many other nations. Again these are highly illegal transactions, and one should avoid venturing into these sites on the dark web.

Do you wish to acquire a new job and have excellent credentials? You might purchase a forged diploma to deceive potential employers. It will be delivered to your home, and you can even frame it. You may be able to mislead your bosses, but this ruse will not last long, and they’ll eventually figure out that the degrees you showed them were forgeries.

This is because you lack the brains or capability to accomplish the work since your degree is forgery, and you lack the necessary knowledge the job requires. You may be able to fool them during the interview, but you will be caught and dismissed. You might also be handed over to the police for duping the employers and forgery.

Many individuals have utilized this service, only wanting to purchase the finest. You can reportedly get organic cannabis from the Netherlands, and if you’re looking for other sorts, the Dark Web appears to have every variety and strength of Weed.

If you know the sites that engage in such illicit activity, you may find them selling their goods very openly on the dark web.

The federal authorities recently nabbed a Dark Web counterfeit coupon mogul known as “Golden Lotus” for costing large corporations at least a large sum of one million dollars in coupons.

These coupons gave a discount of 25 cents off two boxes of cereal. There are additional comparable locations, but only one has been discovered. We are confident that people who purchased from that website were also apprehended and imprisoned.

Armory is a prominent dark web store for purchasing weapons and ammo. According to the proprietor of the leading dark website, The Armory, you can obtain everything from ordinary automatic AK-47 rifles to something as lethal as a rocket-propelled grenade launcher. Nothing appears to be off-limits if rocket launchers are also available on the dark web.

We have discussed 7 of the craziest, most profound, sinister, and dangerous things openly sold on the dark web. If you know about shady websites meaning the .onion sites, nothing can be out of your limits. Here we tell the illegal things, of course. Once caught, there are chances of serious prosecution that can see you rotting in jail for years.

Still, people buy these things from the dark web as the business must thrive on the darknet simply because these sites exist and operate. If there were no demand, there would not be supplies. Our advice to everybody who read this article is not to go to the dark web.With this we concluded our topic Craziest Things sold on the dark web- illegal things to buy on the dark web