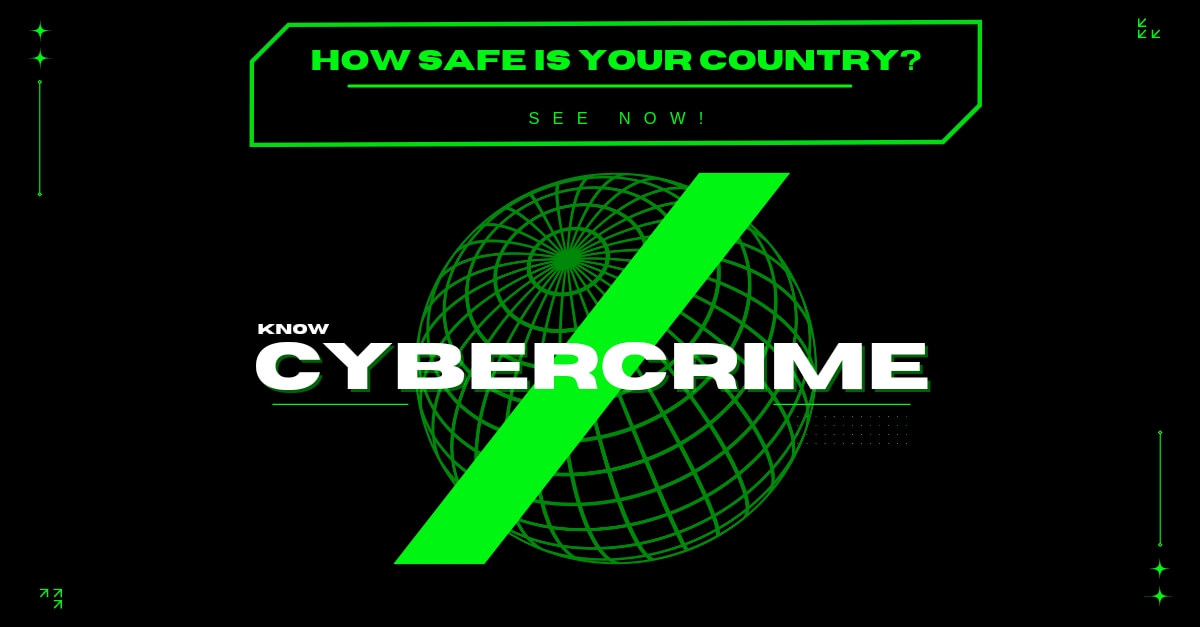 Topic- CyberCrime is everywhere-How safe is your country?

From having a world of information at your fingertips to being able to interact with colleagues, friends, and family from any part of the world, the internet has provided humanity with numerous benefits.

The digital age has truly transformed the way people live and has become an essential part of daily life.

However, opening this digital gate and making the best technology available to ordinary people has also posed a serious risk to humanity.

With everybody accessible with a small click, it has been straightforward for cybercriminals, hackers, and fraudsters to find easy, unsuspecting prey for their various types of cyberattacks.

The threat is not limited or targeted at individuals only, and the big international business houses are also vulnerable to the episodes.

The body, The Center for Strategic & International Studies (CSIS), tracks cyber attacks on government bodies, defense agencies, tech giants, defense organizations, etc., and those commercial cybercrimes that result in a loss of at least a million.

To fight against such cybercrimes and to protect their businesses, countries have been committed to developing the most robust cybersecurity measures and enacting legislation to fight cybercrimes and defend themselves from the dangers of the digital world.

The Cyber Threat all around the Globe

To discover the dangers of Cybercrime worldwide. And gauge if they are spread uniformly around the globe, a sample study has been done involving countries from around the world.

Countries that are low risk from Cyber-threats

These countries are best in cyber-attack protection, and their legislation and modern security measures also protect their people from Cybercrime.

Denmark is the safest country as far as digital security is concerned.

Germany Came second overall, with a score of 8.76

The scores indicate that Germany is safe for its citizens to use the internet.

United States – It has 8.73 as its cyber safety score.

Out of all the countries inspected, the United States comes 3rd, and it missed out its 2nd spot just by a small margin to Germany.

So, here we have discussed the best three countries in terms of Cybersecurity,

Now we will look at the most High-Risk Countries.

Having scored a minuscule 2.22 in the CSIS survey, Myanmar is the worst country in terms of internet safety. Myanmar cuts poorly across all the sectors. The cyber regulations of that country almost have no proper cyber rules in place.

2. Cambodia –  It is another south-eastern Asian country to fare poorly in terms of Cybersecurity, and it is slightly better than Myanmar but nothing to speak home about.

3. Honduras –  Honduras comes third with a dismal score of 3.13. This country from South America scored the absolute lowest on the Global Cybersecurity Index in the study. But, Honduras

performs better than Myanmar and Cambodia as far as anti-cybercrime legislation is concerned.

To increase our awareness, let us look at the three major types of cybercrimes or cyber-attacks we are prone to fall victim to. Other sorts of crimes, breaches are also there, but

let us look at the primary 3.

WE have discussed the best three and the three worst-performing countries regarding cybersecurity laws and legislation in place to combat Cybercrime.

Where does your country stand in terms of the given parameter? Until we meet again with tech-related news, stay safe from cybercriminals, and happy surfing!

Bugcrowd has reported ethical hacker prevention $27B with cybercrime