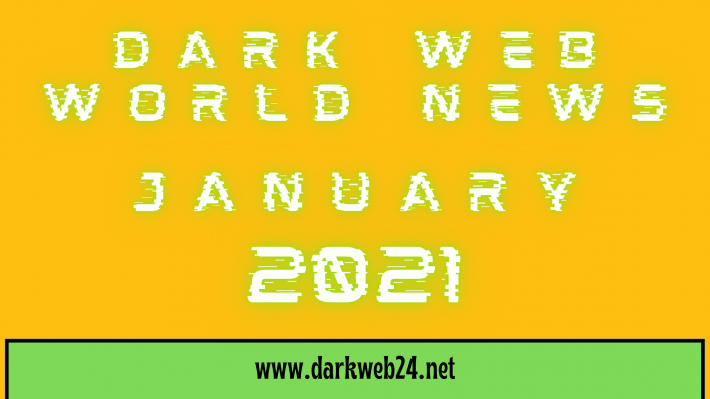 As January is almost gone, we have gathered some facts and information from the Dark Web World. Some of them may be fun, some may not. It’s happening a lot inside “DWW” (Dark Web World) right now, and you should be able to make a sneak-peek inside it, even if you didn’t use it before. Maybe it will be interesting to you.

January 01
Empire market is better known since January 1st, 2021. It’s all because of a man who was caught selling Adderall pills. He sold over 43.172 pills by taking over 3513 orders, for almost half a million US dollars. He had only one problem, private investigators put an eye on his dark web vendor account, probably through a data leak, or someone co-operating with those investigators.
From all of his orders, there were 20 made by law enforcement. He can get up to 10 years of prison.

January 04
A group of four people from Northampton goes to jail for selling drugs inside the Dark Web World. They were selling cocaine, weed, MDMA, and other drugs, and again…..on the Empire Market.
Maybe the platform itself is dangerous for vendors? I’m just curious. But, I want to say only this, be careful, always. Especially when doing something inside the dark web. For your own safety.
No one knows how much money they made, but over 2.64 million pounds were confiscated inside their storage facility. The highest punishment was 17 years in prison for the leader of the group named Cvirkovics, next one got 10 years, two others will be sentenced soon.

January 11
Man sentenced for over 10 years for money laundering. All of that happened in a town called Sofia in Bulgaria. He was using platforms like eBay or craigslist to post a fake advertisement. When he received the money, then he transferred it to bitcoins and other cryptocurrencies and then send it over to another money laundering company. They’ve washed over 5 million dollars in their entire “business”.

January 19
The man tried to buy hand grenades from the dark web. He chooses the wrong person to talk to, and instead of someone who was really selling such grenades, he contacted an FBI agent, which has an account on the dark web marketplace called Alphabay. After they confirm the price for the stuff, the guy sent the money to the “seller’s” wallet.

Unfortunately, the buyer sent his real address, only changing his name to the name of his neighbor. What a stupid move.

January 21
Probably the biggest German Dark Web marketplace called Lena’s Bio Laden was seized, and its owners were caught after 2 years of investigations. They made almost 800k euro, by selling 50 kgs of drugs, mostly it was marijuana.

They have made a lot of sales and got 13.675 reviews on all the different marketplaces they were selling. There were present on Wall Street Market, Dream Market, and Nightmare Market.
There is a chance to get 15 years of prison for each of the 3 people group.

What do you think about such a post? Did you like it? Should I write more such posts in the future? See you in the comments section below the post.
There was something more happening in January, but I wanted to show you only 5, in my opinion, the best news. Do you want to see more than 5 next time? Let me know!
I wish you a happy end of January and see you soon with other information, guides, and walkthroughs.