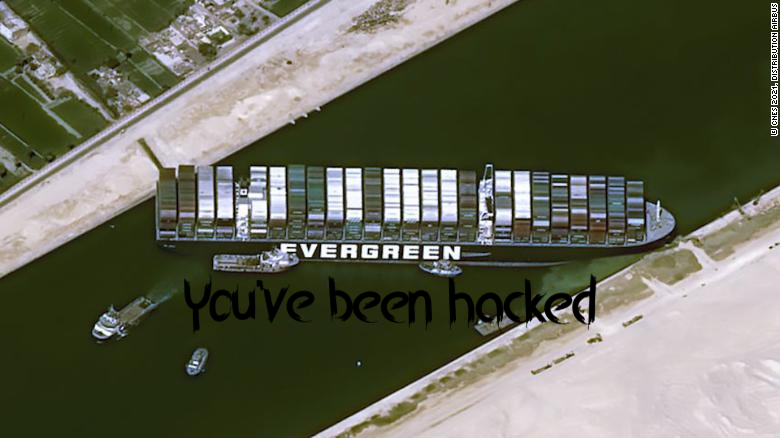 Did the hackers block the Suez channel?

A new post, for some, maybe a reason to speculate or accuse of conspiracy theories. So one by one, what is all the fuss about. As we all know the Suez Canal has been blocked and 12% of the swat trade is suffering because of it. So what, many sites have raised this issue?
Here is something else about it, the dark web is my passion which is why I create this blog, one quiet Saturday digging in the dark web I found deep, there were hidden links to forums of various small organizations. I decided to check what our Somali friends are planning. As you know, the Suez Canal shortened the sea route and allowed ships not to sail around Africa but to go straight to Europe.
What are the implications of this?
On that forum I came across tips and plans to build ships, I’m not strong in this topic but curiosity took over. click click text translated google translator did a great job with the Somali. The post was from about a year ago, a group of pirates from Somalia was looking for a solution to make the “golden galleons” return to the route around Africa, which will allow them to rob ships again. Their plan represented a perfectly valid situation. Let’s flashback to the incident…
A multibillion-dollar ocean liner suddenly loses power and steering and blocks the Suez Canal… It sounds too simple, according to what I have read they were planning a hacker attack on the components responsible for the ship’s guidance, this accident caused the return of many boats to the route around Africa, maybe our friends had a purpose in this? As we read on many sites only after two days of fighting was able to start the rudder of the vessel, maybe it is just a conspiracy theory and a bunch of nonsense that fits just this event, but what is the truth, will we hear in a few days that pirates attacked a valuable ship?
Time will tell. If this was their plan, it worked brilliantly.

To sum up
-The EVER GIVEN ship is blocking the Suez Canal when it loses steering a hacking attack could disable the vessel.
-The Somali pirate forum was gathering hackers and had the perfect plan of action.
-After two days of fighting, the ship is operational again.
-Some of the ships are sailing around Africa near the coast of Somalia.
Is this a spectacular action of the pirates?
Is it a software glitch?
A human failure?
We’ll probably never find the real answer, but the two things fit comfortably together.