Skip to content
Loading...
Latest news
How to Make Money on the Dark Web or DarkNet
Top 3 Crypto Scams-Popular cryptocurrency scams
Craziest Things sold on the dark web-illegal things to buy on the dark web
Top 5 most notorious attacks of Cybercrime-biggest cyber attack in history
What to do if your information is on the dark web?
BitcoinethHow toMoneyvisa 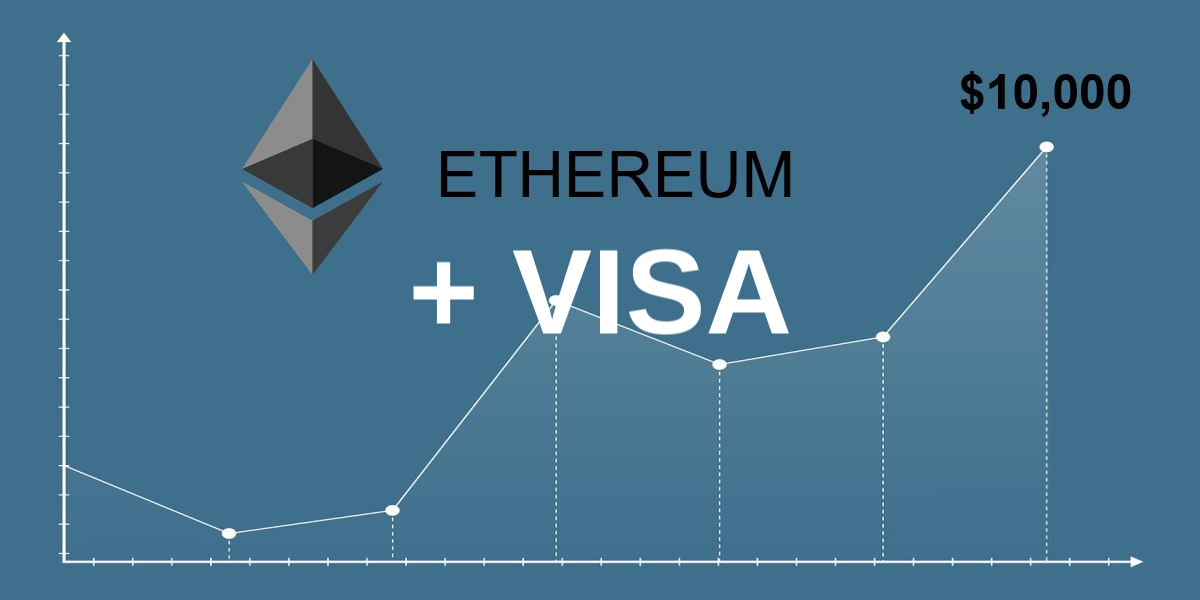 We have already heard many times that BTC is the king of cryptocurrencies… But is it for sure? Ethereum has been lurking just behind it in the shadow of the king since its inception. Eth is the second largest currency after BTC. Recently, the cryptocurrency broke through the $2,000 threshold. Will Eth break through the $5,000, $7,000, or even $13,000 threshold thanks to Visa, which handles 70% of payments worldwide?

As reported by Reuters, Visa Inc. has announced that it will allow the use of USD Coin (USDC) cryptocurrency to settle transactions on its payment network. In a test early last month, Crypto.com sent a USDC transaction to an Ethereum address owned by Visa.

Visa has spent the last 19 months developing a path to settle digital currencies on its infrastructure, according to the announcement. The payments provider said it will work with Anchorage, a digital asset bank, as a settlement partner and Crypto.com as a payment gateway. transactions are expected to be based on ETH chains.

The first of the major players to settle transactions in USDC. Will Eth get additional support thanks to this?
Visa Inc. says the infrastructure improvements outlined above will enable support for central bank digital currencies – as they are deployed in the future.
The move comes at a time when large institutions like MicroStrategy and PayPal have embraced the cryptocurrency industry. Tesla has invested $1.5 billion in Bitcoin, signaling how attractive the industry is to any investor.

“The U.S. company has already come out with an idea in 2019 – to enable secure, efficient, and seamless settlement of payments in digital currencies by connecting Visa to the Anchorage trust platform.” “This would give the next generation of native cryptocurrency issuers the ability to settle directly with Visa in digital currency via a public blockchain.”

Demand, stability, security
Visa Inc. stressed that determining what digital assets to offer as settlement options come down to three factors: demand, stability, and security. For the latter two, the company said it primarily looks at price and liquidity fluctuations, as well as compliance and governance protocols.

The U.S. drives demand
Part of this growing demand is taking place in Continental America. Consumers in this region are using cryptocurrencies not only as a hedge against domestic currency inflation but also as a means to spend money. According to a Visa survey conducted last month, 27% of all credit card users would be willing to use cryptocurrencies if payment processors gave them the option.
According to Visa, USDC has “measured up” to all of the above criteria. the U.S. card company and membership organization noted that the stable coin has nearly $12 billion in circulation, with a strong developer community and a clear compliance history. Visa also noted the emergence of new use cases around USDC, including B2B cross-border payments, trade settlements, and remittances. All USDC data is publicly available, further confirming legitimacy.

In February, Mastercard announced plans to introduce “select cryptocurrencies” into its payment network, noting that most digital assets would not qualify for selection because they would not meet the company’s compliance requirements.

We’re trying to do two things. One is to allow direct bitcoin purchases with Visa. And two, work with bitcoin wallets to allow bitcoin to be exchanged for a country’s currency. This will allow it to be used instantly at any of the 65 million locations around the world where Visa is accepted. – He announced the cryptocurrency thriller.
Both Visa and Mastercard have large blockchain patent portfolios.

USD Coin is a stable coin – a cryptocurrency that is pegged to the US dollar.

Bitcoin The most popular of the cryptocurrencies

Eth(Ethterium) The second most popular cryptocurrency available in the market.