Skip to content
Loading...
Latest news
How to Make Money on the Dark Web or DarkNet
Top 3 Crypto Scams-Popular cryptocurrency scams
Craziest Things sold on the dark web-illegal things to buy on the dark web
Top 5 most notorious attacks of Cybercrime-biggest cyber attack in history
What to do if your information is on the dark web?
BitcoinMarketplaceMoneySilk Road

Silk Road and this is not about the legendary trade route from China to Europe.

So what is the eponymous Silk road?

DarkNet Marketplace (DNM). As a trading platform, it allows sellers to sell (almost) anything they want; and buyers to buy while keeping your identity safe.
This is the simplest definition of the Silk Road Market. 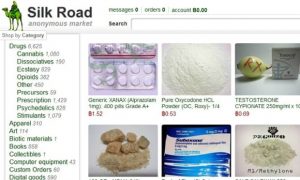 When was the Biggest Black Market founded?

The website was launched in February 2011 and quickly gained publicity. Unfortunately, thanks to its popularity, the security services also became interested in it. The website has been running for 2 years. It is possible that about USD 15 million of illegal transactions were carried out via the website. It is estimated that about 9,519,664 Bitcoins were reduced there, in addition to taxes and restrictions of other countries. Silk Road was temporarily shut down in May 2013 by a continuous DDoS attack. We link the total collapse of the store to the date of Ross Ulbricht’s arrest. He was arrested on October 2, 2013, in San Francisco at 3:15 PM.

Who was Ross Ulbricht?

The developer was considered the founder and owner of the Silk Road Store.

Ross Ulbricht was also known by his pseudonym (“Dread Pirate Roberts” DPR named after a fictional character from The Princess Bride) was born on March 27, 1984, in the USA Austin Texas. in 2006, obtaining a BA in Physics. He then attended Pennsylvania State University, where he held an MA in Materials Science and Engineering and studied Crystallography. In 2009 he returned to Austin where he tried his strength in various businesses. they all ended in failure. In 2011, his greatest work, Silk Road, was created.

-On August 21, 2014, Ulbricht was charged with money laundering, conspiracy to hack into a computer, and conspiracy over drug trafficking.
-On February 4, 2015, Ulbricht was convicted of all charges following a jury trial in January 2015.

-On May 29, 2015, he was sentenced to double life imprisonment plus forty years without parole.
-January 2016, focuses on prosecution allegations that illegally seized evidence of DEA agents of misconduct in the Silk Road investigation to which two agents were convicted.
In December 2017, Ulbricht applied for certiorari to the US Supreme Court
-On June 28, 2018, the Supreme Court dismissed the claim, refusing to consider Ulbricht’s appeal
-In 2019, Ulbricht attempted to revoke the life sentence, citing the unsuccessful help of a defense lawyer from his defenders;
-in August 2019, this request was rejected. 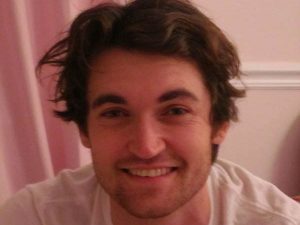 No, already in November 2013 a new website called Silk Road 2.0 was created, which aroused great interest again. The website works until 2014, in which it was closed with the arrest of the chief administrator of Defcon.  After the closing of Silk Road 2.0 in January 2015, a website was created using the brand “Silk Road 3 Reloaded” which Used new types of security and the possibility of paying with other cryptocurrencies. Silk road 3.1 was shut down in 2016.
After two years, the legendary store returned, Silk Road 4.0 is a store that is currently Online (Link) It has not been verified in any way but has sellers and the opportunity to purchase goods.

What products did the shop offer?

You could find about 10,000 products on silk. 70% were drugs of the type (codeine adrenalin, etc.). The rest of the drugs were divided into groups
stimulants, psychedelics, prescription, precursors, others, opioids, ecstasies, dissociative agents, and steroids / PED
On Silk Road, we could also find clothing, works of art, books, cigarettes, erotica, jewelry, and forged documents and driving licenses.
Silk Road, however, was restrictive on items such as child pornography, stolen credit cards, homicides, and all kinds of weapons.

Silk Road competition.
With the great interest in silk road brought to the market, many other stores have been opened, offering similar products. We tried to make you a list of the Best black markets. These stores offer payment with various cryptocurrencies, not only Bitcoin but also monero etc. They also have interesting stories.

The legend of the Biggest Store on the Dark web has not gone unnoticed in the film industry. Silk Road (2017) A film has been recorded that shows the process of the store’s operation and brings closer the life of Ross William Ulbricht. I encourage you to watch (Silk Road 2017 Online Link). 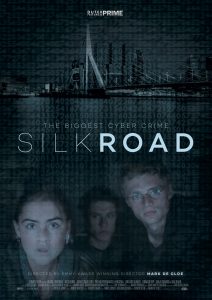