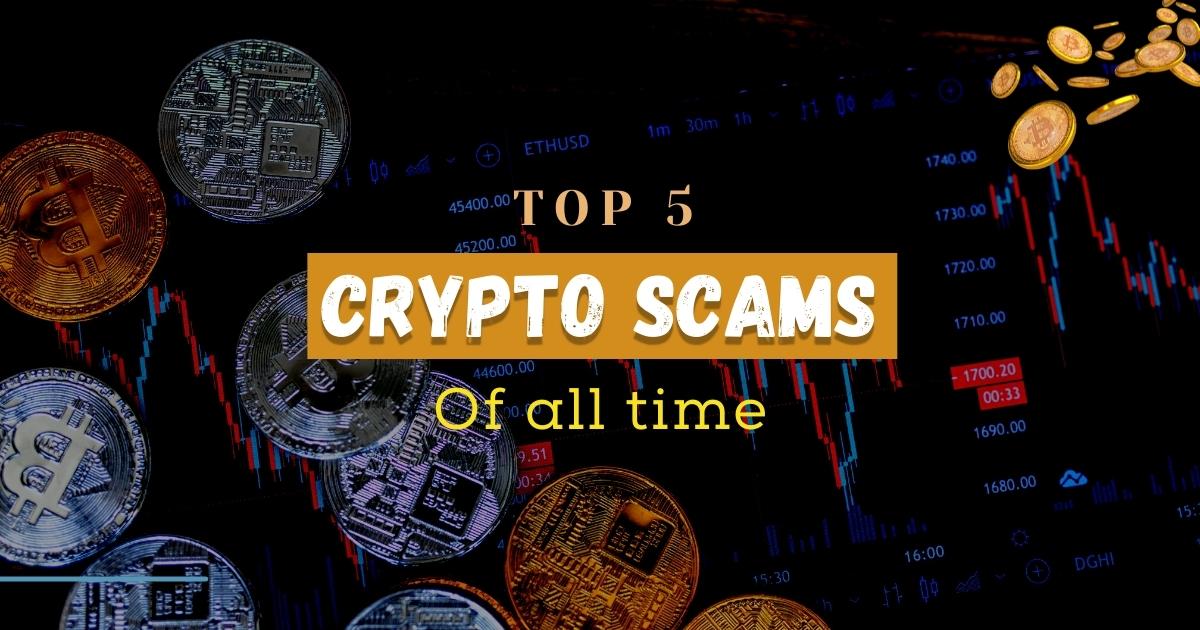 We are acquainted with cryptocurrency. However, few of us have heard about crypto scams. Crypto scams happen every year, and they indulge in fraud and have cheated investors in terms of billions of dollars. Over the previous year, cryptocurrency investors have been rewarded with tremendous returns.

Ethereum has been a 20-bagger in the last year or two, according to Peter Lynch, with other altcoins providing even greater returns.

Not to mention the meteoric ascent of nonfungible tokens (NFTs) in 2021. the value of crypto assets has skyrocketed, and these have brought everyday investors flocking to the cryptomarkets to get rich fast. This greed without proper research has been their undoing.

Scam artists and swindlers are also drawn to precious properties like moths to lightbulbs. Furthermore, unlike assets held in a bank or brokerage account, there is no FDIC or SIPC coverage to protect your money from hackers, thieves, and other tech-savvy criminals. Here, in this article, we will talk about the top crypto scams.

In 2021, social media celebrities or influencers were among the most vocal and loud supporters of cryptocurrencies. Many of these influencers exploited their position and fame unfairly to support pump and dump scams, whether consciously or inadvertently.

Proponents of this technique generally artificially inflate the price of a cryptocurrency by deceptive advertising and continuous promotion to sell their coins and pocket the gains as investors watch their money disappear. The save the kids token fraud was a perfect example of this philosophy in action.

In June, members of the e-sports team FaZe clan began pushing a charity-based cryptocurrency called SaveTheKids. Members of the FaZe clan went all out to promote this token, including official promotional films and even their image on the SaveTheKids official website.

Shortly after the token’s formal introduction and launch, the bulk of the token’s initial investors, who initially held the vast majority of the tokens, sold their tokens, and the coin quickly plunged in, value-creating losses of billions of dollars for those from the common public who bought into this cryptocurrency.

Some eagle-eyed internet detectives began seeing a trend in which the FaZe clan would support cryptocurrency, only for it to plummet quickly after introduction.

Following the probes’ findings, the FaZe clan banned several of its members. The suspended members were thought to have some shady dealings with the initial investors in the crypto.

The security system of Bitrue was compromised and broken in to obtain access to the funds. $4.2 million in user funds were stolen from Bitrue, a Singapore-based cryptocurrency exchange, in June. It was a massive compromise of security and user funds.

Nobody could have priorly thought that such a breach could happen, and even the company felt their security system was rock solid where no violations would be possible.

According to the business magazine, a massive total of 9.3 million XRP (value $4 million) and 2.5 million ADA (of $231,800) , two hundred thirty-one thousand and eight hundred dollars were moved off its network. According to a corporate statement on Twitter, hackers were able to breach the exchange’s security system by exploiting “a hole in our Risk Control team’s 2nd review process.”

Bitrue has also announced that it will refund consumers’ lost monies and revise its security methods. Bitrue claims it is dealing with the Huobi, Bittrex, and ChangeNOW exchanges and that money have been blocked and the accounts associated with this hack have also been frozen.

Bitrue announced earlier this year(2022) that a 51% assault had impacted it on the Ethereum Classic cryptocurrency, in which a hacker attempted to take 13,000 ETC but was blocked by its system, and the attempted theft was stopped.

Quadriga Scam: The crypto trading platform, whose founder is notoriously thought to have staged his death and was thought to be actually alive, was formerly Canada’s biggest and most reputable cryptocurrency exchange.

However, it was eventually discovered that it had been conducted illegally and involved fraud from the very outset, and its creators were skilled in operating numerous scams.

The access to the private keys was with the founder only, who held C$250 million in cryptocurrency from its members when he mysteriously died, except that most think that he is still alive. Some are still clamoring for his corpse to be exhumed to provide proof of his actual death.

We have seen three various types of crypto fraud. One thing is for sure. However secure we might make our systems, hackers are also updating themselves to gain entry into crypto exchanges.

Hence, the crypto exchanges have a complex and difficult challenge on them to keep on innovating system security to keep the fraudsters aloof or to make their systems impregnable to keep the clients’ money secured.With this we have concluded our topic Top 3 Crypto Scams-Popular cryptocurrency scams