Bitcoin is – a virtual currency or cryptocurrency that was established in 2009. It is not known exactly who created it, although this person (or group of people) is called Satoshi Nakamoto. This is also how, from the name of the creator, bitcoin particles are called a satoshi. 1 satoshi is 0.00000001 BTC.

What makes bitcoin so popular?

First of all, due to the possibility of anonymous payment. and the technologies on which the blockchain is created – i.e. “blockchain”. Blockchain is used to store and transmit information about transactions concluded on the Internet and it is impossible for any information to disappear in it. In fact, blockchain is what many governments and big banks are interested in today. Thanks to this technology, we can immediately pay for the goods on the other side of the earth

How to buy bitcoin?

there are two ways to become a bitcoin owner by the so-called “mining”, that is, lending the computing power of your graphics card to make calculations when “mining codes” or simply by buying it on the exchange or in the cryptocurrency bitomat. The first method is not profitable today, the easiest way to buy BTC on the stock exchange.

Bitcoin and the Dark Web? Is Bitcoin used in the dark web?

Basically, Btc is used in the dark web for one major reason. Thanks to the possibility of paying with cryptocurrencies, our purchases are not monitored by banks or the government. So when you buy Weed from the Netherlands you are much safer to pay cryptocurrency than any other method 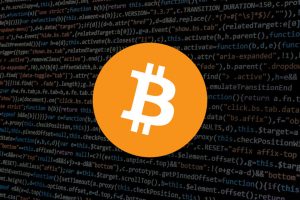